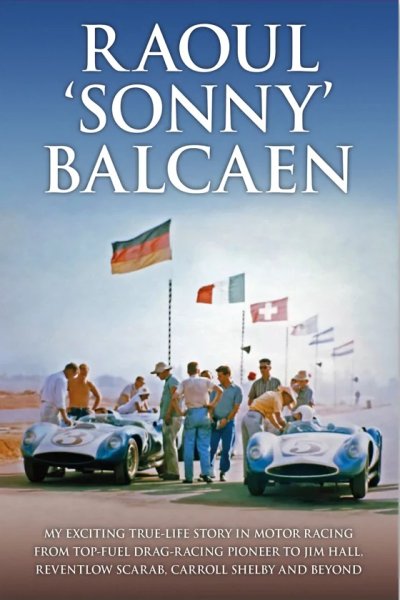 My exciting true-life story in motor racing from Top-Fuel drag-racing pioneer to Jim Hall, Reventlow Scarab, Carroll Shelby and beyond

Raoul ‘Sonny’ Balcaen grew up in Los Angeles at a time when it became the epicentre of American motor racing, nurturing a vast talent pool of people whose influence has echoed through to today. As a teenager, he successfully competed with his home-built Top Fuel dragster during the formative years of the sport. With Lance Reventlow, he worked on the famous Scarab sports cars and was standing in the dyno room when the team’s all-American Formula 1 engine was fired up for the first time. A period as Jim Hall’s crew chief and a close association with Carroll Shelby added to the know-how that guided him towards becoming a successful entrepreneur and led to all that followed. This engaging memoir is the very personal history of a momentous time and place in which we meet a who’s who of West Coast road-racing heroes.