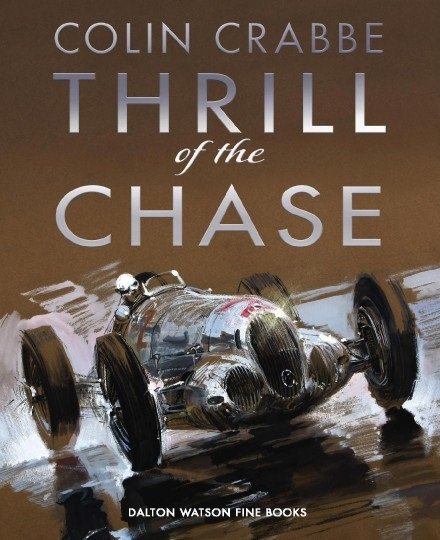 Beschreibung
Beschreibung
by Colin Crabbe This autobiography is the life and times of that larger-than-life character,... mehr
Menü schließen
Colin Crabbe · Thrill of the Chase

This autobiography is the life and times of that larger-than-life character, Colin Crabbe, who found himself at the forefront of motor racing, firstly as a privateer racing Ford GT40s in 1966 then driving in the 1967 World Championship. He cut his teeth during 1969 as an owner and team manager in Formula One having found he was too large to fit an F1. Colin reckoned he had to be one of the last great gentleman amateurs at the cutting edge of motor sport. In 1968 he located in East Germany one of the pre-war Silver Arrows, a Mercedes W125 Grand Prix car. Colin raced the Mercedes and numerous other historic racing cars until a bad crash put an end to this in 1988. When not motor racing, he travelled around the globe looking for forgotten treasures in the motoring world. What once was a hobby and passion had become a serious business, albeit one that involved Colin invariably getting himself into various scrapes, tangles and unusual adventures.