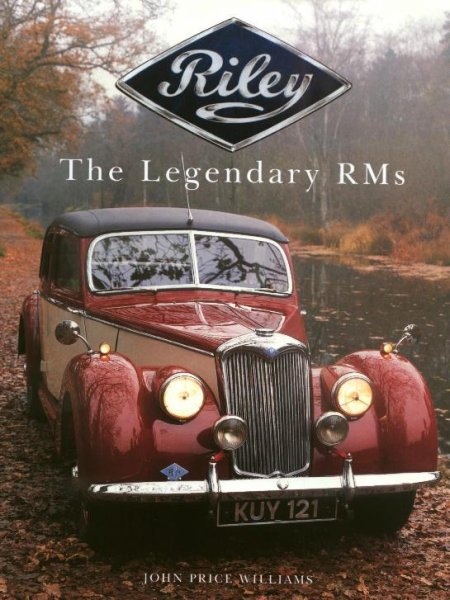 Beschreibung
Beschreibung
by John Price Williams Riley, with its slogan "As Old as the Industry - As Modern as the... mehr
Menü schließen
Riley — The Legendary RMs

Riley, with its slogan "As Old as the Industry - As Modern as the Hour", is one of the great names of the British motor industry, with a history of producing up-market sporting cars, the attributes of which are still widely cherished.

The RM series, which came out immediately after the Second World War, was highly-successful, combining mechanical innovations, like independent front suspension and rack-and-pinion steering, with traditional coachbuilding qualities. The four-door sporting saloons in 1½-litre and 2½-litre versions were fast, comfortable cars with notably good roadholding. The 2½-litre was especially quick, being able to exceed 90mph, something that few cars of the time could achieve.

Drophead coupé and roadster versions followed, with less success, and the RM line ended with the ill-fated Pathfinder model, a result of mismanagement by Riley's owners, BMC.