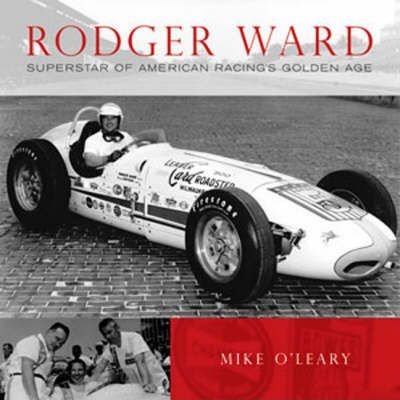 Beschreibung
Beschreibung
by Mike O'Leary To generations of racing fans, Rodger Ward is a symbol of one of... mehr
Menü schließen
Rodger Ward — Superstar of American Racing's Golden Age

To generations of racing fans, Rodger Ward is a symbol of one of most-beloved eras in American racing. A two-time Indy 500 winner, Ward was curly-haired with a broad smile and twinkle in his eye. Although born in Kansas, he was raised and began racing in the busy Southern California midget scene. In a national championship career that stretched from 1950 through 1966, he won the title twice (’59 and ’62, the same years as his Indy victories). He competed at ovals from coast to coast and built a large and loyal group of fans. He ranks 9th all-time in laps led in the Indy 500 (2,955) and 8th in Indy car race victories. In his career he drove for many of the top teams, most notably the Wilke Leader Cards team owned by Ralph Wilke and headed by A. J. Watson. In addition to his championship efforts, he led a colorful life. He was an Army P-38 fighter pilot during WWII and early in his career the AAA stock car champion. Ward once rolled a stock car eight times during the Mexican Road Race. He competed in the "Race of the Worlds" pitting American cars and drivers against Europeans at Monza in 1958. He is known for his 1959 victory in a Formula Libre race at Lime Rock driving an Offy-powered midget, and then racing a sprint car in the US Grand Prix at Sebring. He was involved in the accident that took the life of Bill Vukovich at Indy in 1955--an accident that is one of the most well-remembered in Indy history and that had a huge impact on Rodger's life.

This book contains recollections of Ward’s career and life from interviews with competitors, team owners, reporters and others who witnessed his prowess on the track, official racing photos, and exclusive photos and other content from the Ward family’s collections.