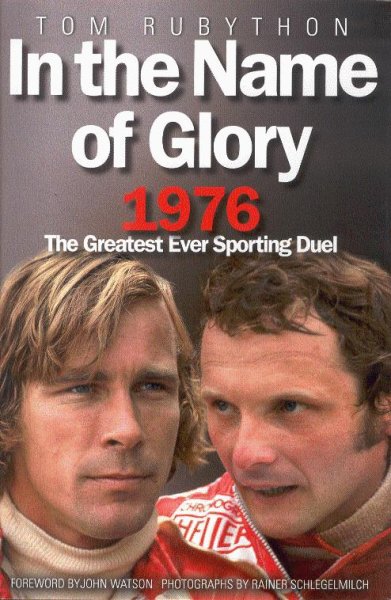 Beschreibung
Beschreibung
by Tom Rubython As the sun set on the 1975 season, James Hunt was down and out of Formula... mehr
Menü schließen
In the Name of Glory — 1976 · The Greatest Ever Sporting Duel · Hunt vs. Lauda

As the sun set on the 1975 season, James Hunt was down and out of Formula One. He had no drive for 1976 and was all washed up. In contrast, Niki Lauda, the new world champion of 1975, was in an entirely different position, with a full year's contract ahead of him and Enzo Ferrari begging him to sign a new, more lucrative one for years into the future. Lauda was hot favourite to win the world championship again in 1976.

No one but no one would have named Hunt as a possible contender, but in a life changing turn of events, Emerson Fittipaldi decided to break his McLaren contract and leave the team. It was the opportunity James Hunt needed and, with the help of his friend John Hogan at Marlboro cigarettes, he grabbed the drive with both hands.

Fittipaldi had unwittingly set the stage for the greatest duel in sporting history. The two drivers fought an epic battle for the 1976 Formula One world championship, which, in the end, was decided by a single point over a 16 race season. It was all done in the name of glory.