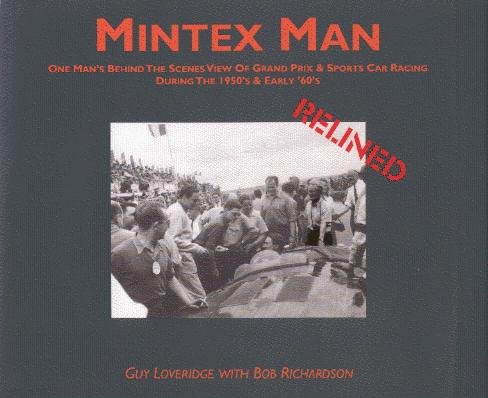 by Guy Loveridge and Bob Richardson

From the hustle and the bustle of sports car racing at the world famous Le Mans 24 hour race, through the tedium of 100 repeated stops from 50 miles per hour on an enclosed testing ground to the glamour of the British Grand Prix, this book encompasses all. Lionel Clegg worked along side many of the most famous names in motor racing: Ascari, Hawthorn, Fangio, Moss, Collins and Parnell. They are all here, often in glowing post war Technicolor.

This book shows what life was like behind the scenes of motor racing at a time when European travel meant curreny restrictions and facing up to the damage left after the Second World War. Motor racing in this era represented a breath of fresh air. Imagine travelling from a still very industrialised West Yorkshire to the open plains of the Sarthe region of France. There was optimism, enthusiasm and a steadily growing belief that Britain could take on the world, on equal terms, and beat it again. This time on the race tracks and roads rather than in the skies and on the battlefields. Lionel Clegg and Mintex helped to fuse together a motor racing industry in Great Britain which would lead to World Championchips for drivers and constructors and to sports car and saloons which would be, for a short timeat least, the envy of the world.

Featuring over 100 original photographs and a wealth of carefully researched material this book allows the reader an informed trip back in time. It guides the reader through the sights and sounds of an era when motor racing was populated by genuine heroes and exciting, sexy motor cars.