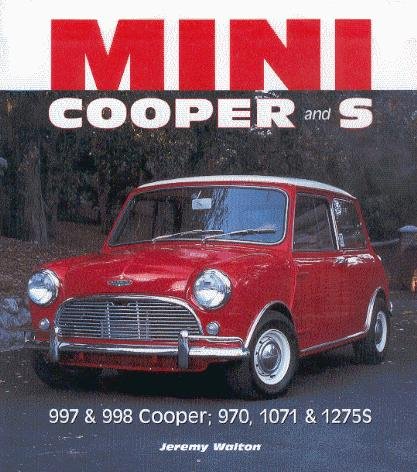 If there ever was a vision for success, it was the John Cooper brainchild - Stage 1, take an ordinary Mini with its shoe-box size and shape, its exaggerated roadholding and steering, and its already apparent popularity, and make it go faster.

Stage 2 was the good sense of BMC (as it then was) to put this "little bomb" into series production, yet retain the sales-promoting Cooper appellation.

Stage 3 was to develop the original 997 ccm engine a little more, race it, and rally it the world over.

Into motoring lore came phrases such as "giant killer", "left-foot braking", and "Cooperized". Up sprang a multitude of "go-faster" tuning shops, car magazines, and a whole new breed of young aggressive drivers who learned their skill (or lack of it) at the tiny, leather-covered alloy steering wheel of their Cooper. (One never drove a Mini Cooper - it was always a Cooper.)

This is a strong, detailed development story of that famous, lovable roller-skate, the Mini Cooper. Included are contemporary, nostalgic anecdotes and a mass of interesting photographs, some specially shot in color, to pay tribute to that extrovert of extrovert Minis.