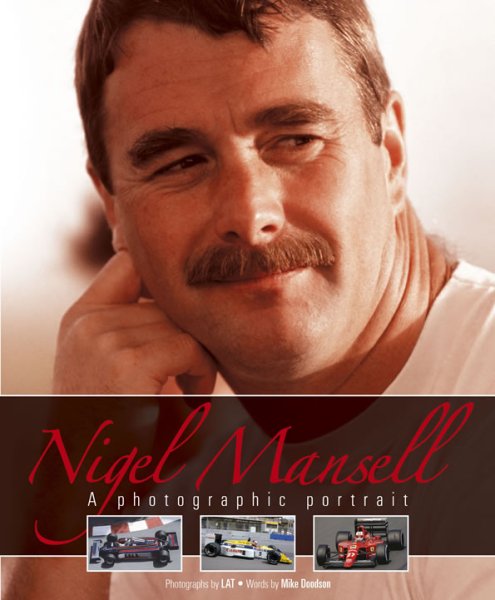 Nigel Mansell first took part in a World Championship Grand Prix in 1980, and didn't win one until five years later. From that moment, however, his career made bigger headlines and attracted more public adoration than any British racing driver had received before him. He rapidly acquired the happy knack of winning in front of home crowds, and British fans responded by turning out in record numbers whenever he raced in the UK.

Drama and Mansell went together like fish and chips. Physically, he was as fit as any top athlete, yet he put so much of himself into driving that he regularly finished races in astate of collapse. Psychologically thin-skinned, his relationships with other drivers and the teams that employed him were often stormy. Needless to say, the press loved this quintessentially British sportsman just as much as the fans did. When he made his sudden and emotionally charged departure from Europe after becoming World Champion in 1992, his new career as an Indycar driver in the USA continued to make headlines at home.

Nigel Mansell's life in racing, full of self-sacrifice and spiced with drama, is presented in this fascinating and insightful book. Packed with over 250 glorious photographs, most of them in colour, it tells the story from the days when he washed windows to pay for his racing all the way to his retirement from F1 in 1995. A biographical essay analyses the British champion's rise to fame and includes illuminating contemporary comments from some of the important people who got to know him well.

The character who emerges from these pages is a sportsman who shunned press comment and preferred to show his abilities on the race track. Perhaps he didn't have the artistry of a Prost or a Senna, or the low cunning of a Piquet. But his driving was fast, consistent and merciless. As one leading F1 commentator recently observed, "as a racer, he was among the very best I have ever seen".