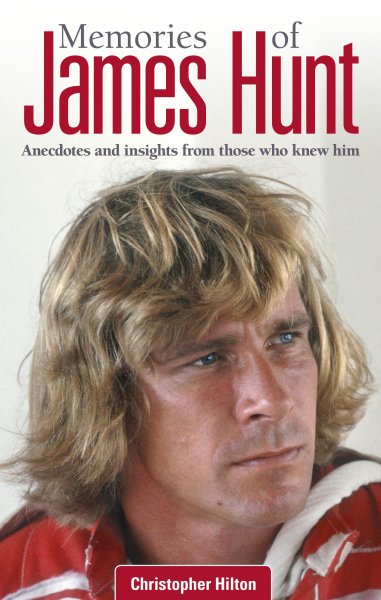 Description
Description
by Christopher Hilton This is the intimate portrait of James Hunt put together from... more
Close menu
Memories of James Hunt — Anecdotes and insights from those who knew him

This is the intimate portrait of James Hunt put together from responses to the question: what is your strongest memory of him? This new edition will be published ahead of the release of the movie Rush, the feature film that tells the story of the 1976 World Championship battle between James Hunt and Niki Lauda. Hunt - public school hell-raiser, loved and feared broadcaster, an enigma even to his friends - was one of the very few people who lived life as he wanted to.

In this book of reminiscences from those who knew him and worked with him, all sorts of surprising material emerges, forming a rounded picture of this colourful character.