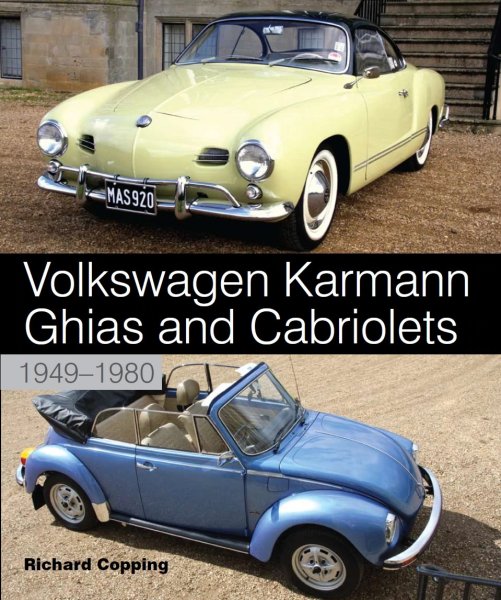 Utilizing the Beetle's chassis platform, and sharing its air-cooled engine, the Karmann Ghia was the brainchild of the coachbuilding firm of Wilhelm Karmann GmbH. The firm was already charged by Volkswagen boss Heinz Nordhoff with production of the Cabriolet version of the Beetle at its Osnabrück premises. In the creation of the hand-finished, craftsman-built, sporty-bodied car, Karmann enlisted the services of Turin-based Ghia, whose talents for inspirational designs had become legendary. Nordhoff was so impressed with the prototype presented to him that he sanctioned production, with Volkswagen taking control of sales and marketing of the new car across its ever-expanding network of dealerships.

Volkswagen enthusiast and expert Richard Copping reveals the full story of the Karmann Ghia from initial concepts to the production of the coupe, the addition of a Cabriolet, and the model's ongoing progress until its eventual sad demise in 1974. Additionally, the book delves into the equally fascinating tale of the second Karmann Ghia. With its angular bodywork the "razor-edge" model, given the factory designation of Type 34, was an unusual and radical for its day sporty-bodied version of Volkswagen's larger air-cooled model, the VW 1500, and made its debut towards the end of 1961. To complete the picture, Richard also traces the history of the Beetle Cabriolet, the car that brought Volkswagen and Karmann together in the first instance in 1949; this was the legendary model that was destined to outlive both Karmann Ghias, remaining in heavy demand until production ceased in January 1980, two years after the manufacture of the saloon came to an end in Europe.

Beautifully illustrated throughout, including specially commissioned photography of some of the finest surviving Karmann Ghias and Cabriolets, and a wide range of fascinating period imagery, this book is the most comprehensive and compelling history of the Karmann VW models published to date, and is guaranteed to be of interest to Volkswagen enthusiasts and classic car devotees alike.

The Volkswagen Beetle Cabriolet by Karmann