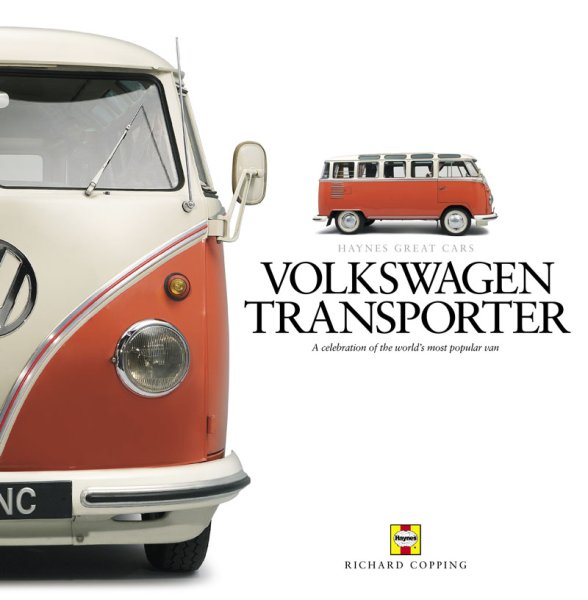 Description
Description
by Richard Copping Beautifully presented and illustrated with a combination of outstanding... more
Close menu
VW Transporter — A celebration of an automotive & cultural icon

Beautifully presented and illustrated with a combination of outstanding archive imagery and specially commissioned studio photography, this is the complete story of the Volkswagen Transporter for the first 40 years of its existence. Richard Copping, an acknowledged expert, offers an authoritative and thoroughly enjoyable history of the Transporter, of equal interest to the devotee and the novice wanting to know more.

This book traces the story of the ever-popular Transporter from the familiar fable of a simple sketch drawn by an extrovert Dutchman to the reality of production through the enthusiasm and determination of Volkswagen's first Director General. The unfolding tale covers an ever-increasing variety of models, ranging from the original Delivery Van, the utilitarian Pick-up and the basic but immensely flexible Kombi, to the people-carrying Micro Bus, its De Luxe sibling and a whole host of special vehicles ranging from Ambulances to mobile shops.

Volkswagen's policy of continually improving its products is demonstrated by a thorough analysis of the steady evolution of the Transporter during its first three generations, and care is taken to include much more than simple references to the iconic Camper - the one model that was never built at Wolfsburg or Hannover. The story of the officially approved Camper (built by Westfalia in Germany and exported most notably to the USA, where it became the Campmobile) and other conversions (mainly British, with Devon the most significant brand) is treated separately in enthralling, well-researched detail.

More than 1.8 million examples of the original split-screen Transporter (T1) were built between 1949 and 1967; nearly 2.5 million of the much-loved "bay window" model (T2) followed in just 12 years; and a very respectable 1.9 million of the now increasingly desirable wedge-shaped third-generation model (T3) were manufactured in the 1980s. Volkswagen and its admirers can rightfully claim the Transporter to be an unmitigated success story.