Amazing, bizarre, eccentric - the flying car is a symbol of a modern age for which we're still waiting.

Seemingly so logical, these hybrid vehicles - half car, half plane - were first mooted by engineers the best part of a century ago. Even Henry Ford predicted they would become a reality.

The colourful world of science fiction nourished these pious hopes by pandering to our technological fantasies. What could be better, after all, than avoiding rush-hour traffic jams by simply taking to the air from your driveway or from a nearby road in your own miniature aeroplane?

Despite hundreds of zany paper projects, flying cars haven't remained the preserve of drawing-board dreamers. From the Airphibian to the Aerocar, numerous machines have actually made it into the air - and some fallen from it. Today people are still working on new designs and even NASA is interested in the idea.

This beautifully presented book tells the story of the flying car, both in fiction and in the real world, detailing the extraordinary vehicles that have been built over the years by talented enthusiasts with a vision of a bigger and better future. Meticulously researched and superbly illustrated, this book provides a fascinating voyage through a world that could have been - and might still be. 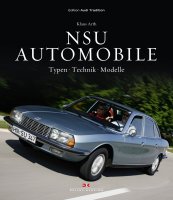