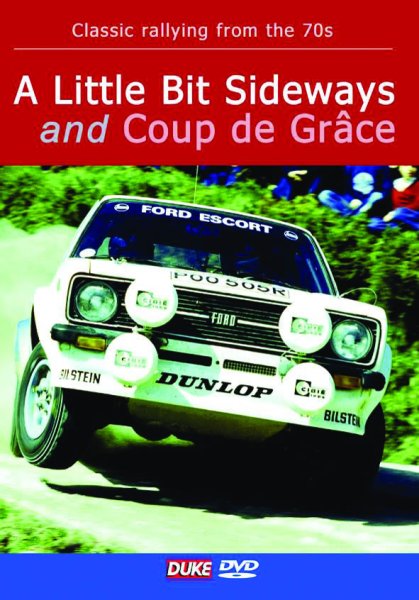 Two classic Ford Motor Company Ltd. Productions that bring to life the very different face of rallying in the 1970s.

Coup de Grâce is a report of the 1979 World Rally Championship. Ford pulled out of international rallying at the end of the year, with their two top works drivers, Bjorn Waldegaard and Hannu Mikkola taking first and second positions respectively in the championship. In the same year, Ford also took the World Championship for Manufacturers.