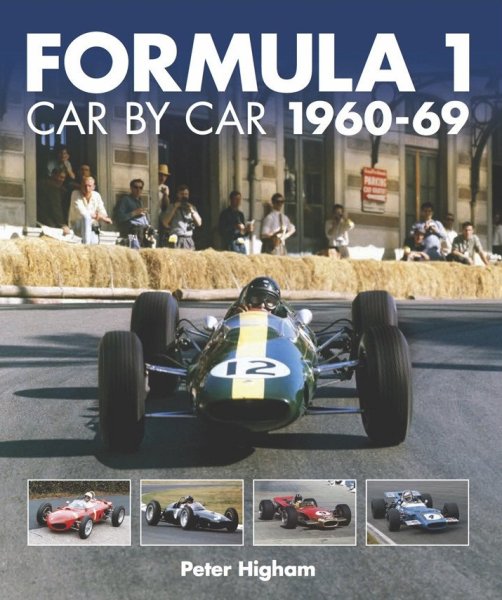 Description
Description
by Peter Higham This book is the first in a multi-volume, decade-by-decade series covering... more
Close menu
Formula 1 · Car by Car 1960-69

This book is the first in a multi-volume, decade-by-decade series covering the entire history of Formula 1 through its teams and cars. The series launches with the 1960s, when the British came to predominate after the rule of Italian and German manufacturers in the previous decade. All ten World Champions of the decade came from the English-speaking world - Britain, the USA, Australia and New Zealand - and most of the successful cars were British-built too, from Cooper, BRM, Lotus and Brabham. This was an era when small teams and privateers were involved in significant numbers and they are all covered, all the way to the most obscure and unsuccessful. This book shines new light on many areas of the sport and will be treasured by all Formula 1 enthusiasts.