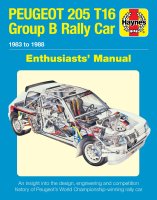 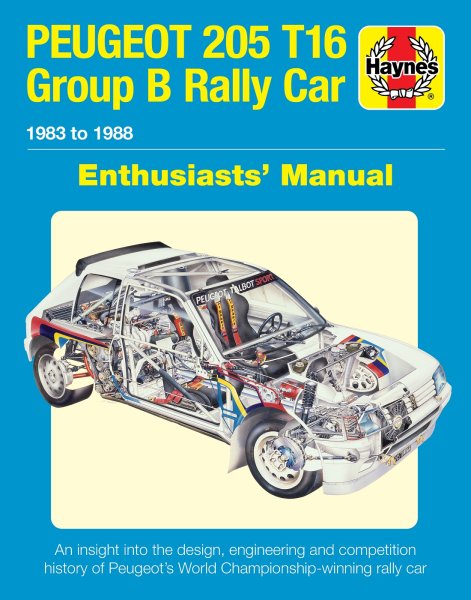 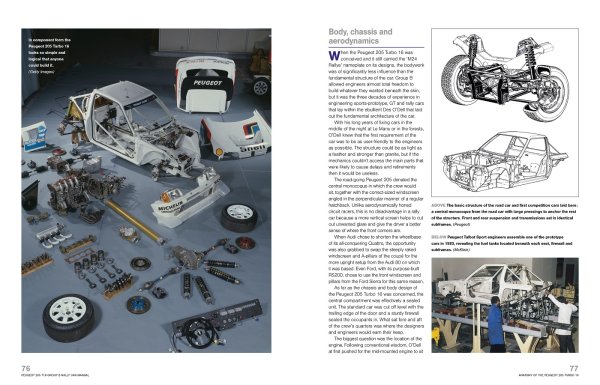 The Peugeot 205 T16 is the legendary Group B turbocharged four-wheel-drive rally car produced by Peugeot between 1983 and 1988. 205 T16s won 16 World Championship rallies between 1984 and 1986 in the hands of Ari Vatanen, Timo Salonen, Juha Kankkunen and Bruno Saby, and lifted both the manufacturers' and drivers' titles in 1985 and 1986 in the hands of Timon Salonen and Juha Kankkunen respectively, against strong opposition from Audi, Lancia, Ford and Austin-Rover.

The car was used to extraordinary effect by Peugeot as a marketing tool for the 205 road car, and the project lifted Peugeot to become a mainstream manufacturer to rival the established brands worldwide. Today, the appearance of 205 T16s is always eagerly anticipated at historic rally events, and motorsport retrospectives such as the Goodwood Festival of Speed.

This manual chronicles the design, anatomy and operation of the 205 T16, with input from many of the drivers and engineers involved.