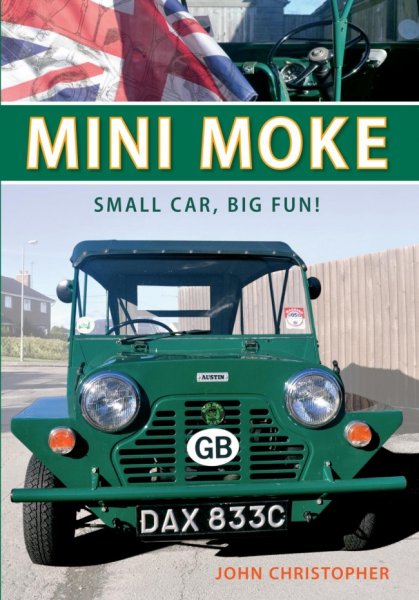 Intended for the British Army as a contract for a small, Jeep-like, air-portable vehicle, the Mini Moke was a failure at this role and found its success as a fun, sunshine toy, equally at home on the beach as in the mountains. Over 50.000 were made and many still survive.

Its most famous role was in the cult TV series "The Prisoner". The Moke was manufactured in Britain and later in Australia and Portugal. With Mini running gear, the Moke is a practical and fun vehicle for the summer and this explains why so many survive to the present day.

This book tells the story of the Moke and the varieties from development to preservation.