Description
Description
by Stuart Ager Many books have been written about the Citroen SM, detailing its development,... more
Close menu
Citroen SM — Accidental Death of an Icon

Many books have been written about the Citroen SM, detailing its development, documenting its technological excesses but dodging the circumstances of its demise. How could the most advanced car of its generation be abandoned by its maker, barely four years after its introduction?

Without a satisfactory answer, Stuart Ager began his own investigation. What he uncovered was not at all what he expected. Some of it made him laugh out loud, some of it made him bury his head in his hands with despair, and some of it he found truly shocking. Above all, it was very different from the accepted version of events. 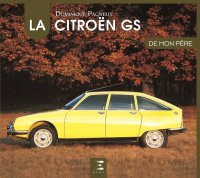