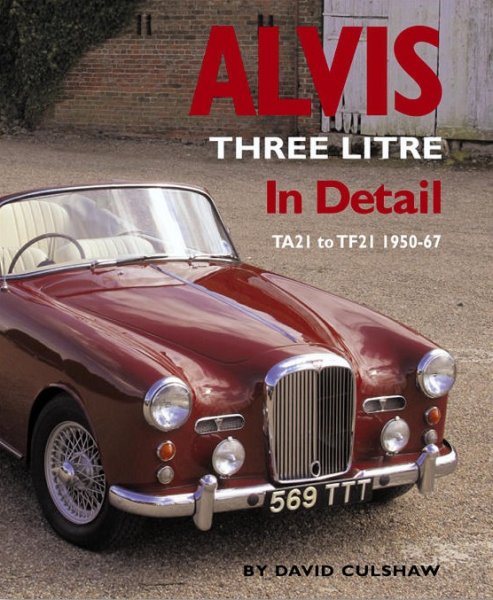 From its launch in 1950 to its demise in 1967 the Alvis Three Litre enjoyed a deserved reputation for effortless performance, exceptional surefootedness and stability, and irreproachable quality of construction. It was considered a rather exclusive car, coming as it did form a maker whose products always had a certain individuality. In addition, there remained through successive models something reassuringly traditional about its styling in both saloon and drophead forms; while never outdated, it displayed a timeless, discreet dignity.

Thoroughout production the Three Litre was based on the same chassis and was powered by the same engine. This was a handsome and efficient short-stroke six-cylinder, conceived in order to provide the driver with ample power over a very wide rev range. Starting with an output of 83bhp in the early TA21, this robust unit was progressively developed to supply 150bhp in its final TF21 form while retaining the turbine smoothness, reliability and lack of temperament that it had become celebrated for. It was perfectly matched to the chassis and running gear.

This book opens with an exposition of the background to the company's introduction of the Three Litre in 1950. Then comes a detailed technical analysis of the TA21, covering all aspects of the chassis, running gear, engine and transmission. This sets the scene for the chapters which follow, on the short-lived TB21 sports tourer, the TC21 and the uprated TC21/100, the Graber-inspired TC108/G, the outstandingly handsome TD21 Series I and II, the TE21 and the TF21. Each of these receives comprehensive treatment, including differences from previous models, production changes and full chassis number listings, along with notes on famous owners and screen appearances. The author provides extensive information on the coachbuilders who supplied Three Litre bodies, including Mulliners, Tickford, Graber, Willowbrook and Park Ward, and there are chapters devoted to the Alvis-powered Healey G Series sports car, the aborted Issigonis-designed Alvis TA350, and the ownership and use of Alvis Three Litre models today.

Five outstanding examples of the cars have been specially photographed for this book and are featured in some 75 colour shots. There are also more than 140 black-and-white illustrations drawn from archives as well as from Alvis sales and publicity material.

This is the first book ever devoted exclusively to the Three Litre. Its in-depth examination of these excellent cars offers an unrivalled store of information for the many owners who care passionately about them, and serves as a tribute to the men who made them.