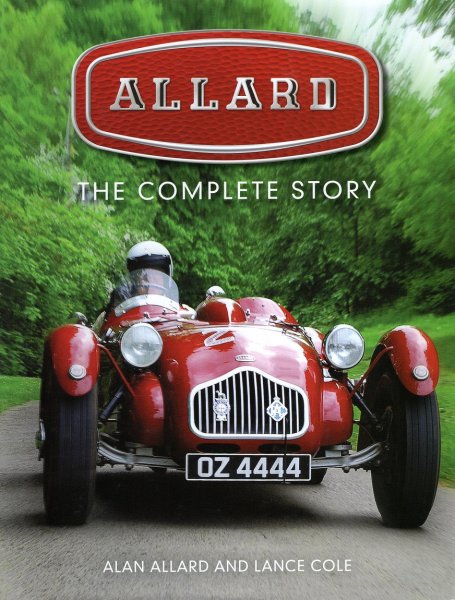 Description
Description
by Alan Allard and Lance Cole Just under 2,000 Allards were built, and approximately 510 are... more
Close menu
Allard — The Complete Story

by Alan Allard and Lance Cole

Just under 2,000 Allards were built, and approximately 510 are believed to remain on the road or known to be under restoration. More await discovery - even as this book was being written, one of Sydney's long-lost 1930s 'Allard Specials' has been found after years being forgotten. Allards are emerging as 'yard finds' and 'barn finds'. Yet Sydney Allard's hugely important contribution to motor sport endures as it always has, and Allardistes the world over still adore the Allard ethos. The man and his marque have seemingly become obscured by the passage of time and a new world order of classic cars. Surely it is time to revisit and re-evaluate the Allard story?

This book is the first reappraisal of Allard to be published for several decades. It is also the first book on the marque to be written with not just the agreement of the Allard family, but with Alan Allard (Sydney's son) as co-author and the Allard Owners' Club and Allard Register as contributors.

The two authors - Alan AIlard and Lance Cole - bring differing specializations together in a combined narrative that is detailed yet engaging, and which balances the content the marque enthusiast will expect, with a wider discussion that the authors hope will take the Allard story to a new generation. Alan Allard further adds to the overall joint narrative through the addition of his personal experiences working with the marque and its founder - his father.

Previously unpublished details are herein revealed - amid new takes on old Allard stories. A global reach encompasses Allard activities and owners' enthusiasms from as far afield as Australia, Great Britain, to the USA and many points en route.

Written with access to the Allard family archives, and supported by new photography, this carefully researched book comprehensively frames the story of Allard, the man and the marque.