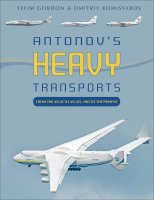 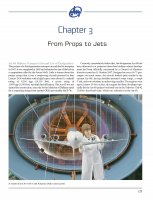 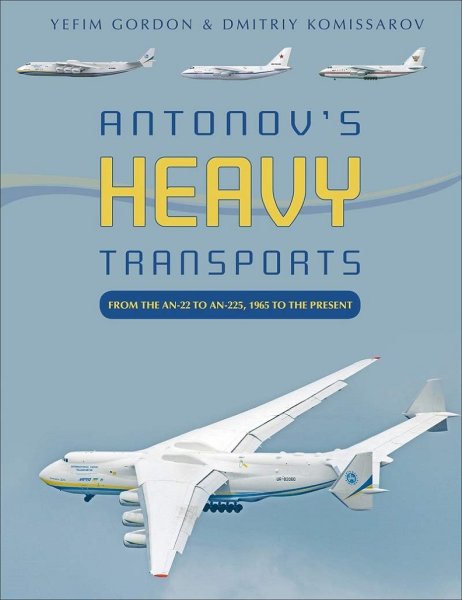 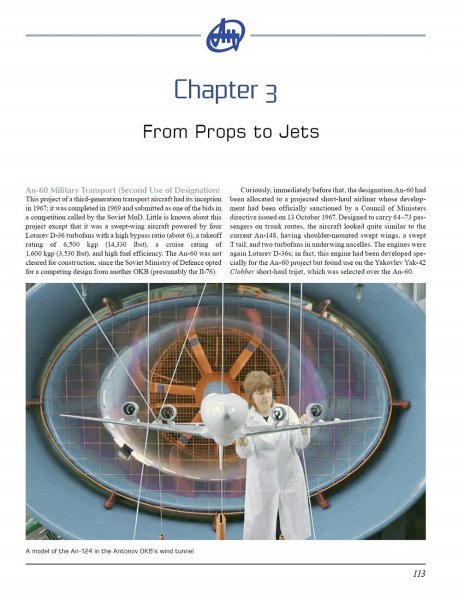 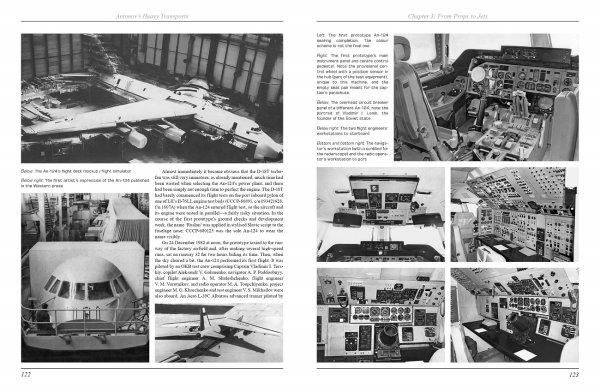 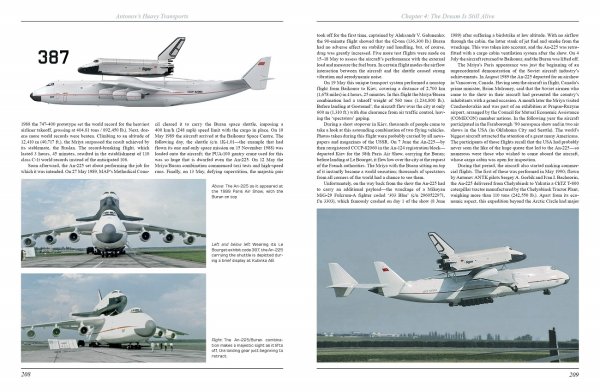 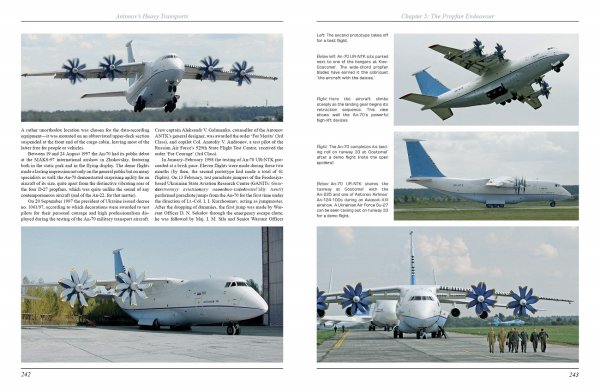 Description
Description
by Yefim Gordon and Dmitriy Komissarov This book charts the development and service history... more
Close menu
Antonov's Heavy Transports — From the An-22 to An-225, 1965 to the Present

by Yefim Gordon and Dmitriy Komissarov

This book charts the development and service history of the Antonov design bureau's heavy transport aircraft.

In the late 1950s, the Antonov design bureau began developing the An-22 heavy military transport, intended to carry 50 tons. Powered by four 15,000 hp turboprops, it was the world's heaviest transport when it first flew in February 1965. The four-turbofan An-124 was again the world's most capable airlifter when it emerged in 1982, with a payload of 120 tons. It proved its worth in military and humanitarian operations and earned acclaim as a commercial freighter after 1991 for carrying heavy and outsized items. The unique six-engined An-225 "Mriya" was created for carrying the Buran space shuttle. Despite the demise of the Buran program, the aircraft found use on the heavy/outsized cargo transportation market.

The book is illustrated by a wealth of new photos and color artwork, as well as line drawings.